Happy Harry Potter Day! Harry Potter is without a doubt one of the greatest and most loved fiction series of all time, and its impact on popular culture can’t be underestimated. Both the books and the movies mean so much to soo many old and young people alike that grew up or late discovered the magic of the Wizarding World.

May 2nd became Harry Potter Day in 2012 and it was chosen as it was the day The Battle of Hogwarts took place in 1998.

To celebrate one of our favourite book series and movies this year, the Popgear team put their heads together and discussed the most interesting facts and theories that surround the Wizarding World! Read on to find out more.

1. Dumbledore also saw his family in the Mirror of Erised 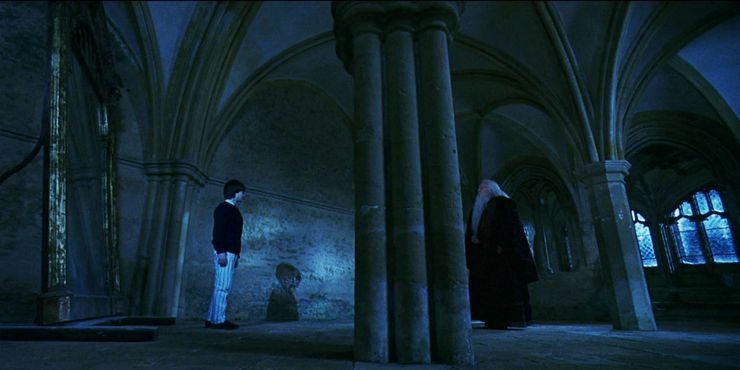 Men have wasted away before it, not knowing if what they have seen is real, or even possible."

Maybe one of Dumbledore’s best quotes (and he definitely has loads!) was related to the Mirror of Erised, when he caught Harry staring into the mirror during the Christmas Holidays. Harry ends up asking Dumbledore what he sees when looking at the mirror after telling him he saw James and Lily alive.

Dumbledore’s answer in the book (and movie) is that he sees himself wearing a pair of warm woollen socks. Clearly a deflection, we were left to wonder what exactly was Albus Dumbledore’s greatest desire (fun fact: Erised is Desire written backwards). However, J.K. Rowling put us out of our misery when she later stated in an interview that “He saw his family alive, whole and happy - Ariana, Percival and Kendra all turned to him, and Aberforth reconciled to him.”

Knowing the full story this does make complete sense as being Dumbledore’s greatest desire and it’s a great piece of trivia to know!

2. The question J.K. Rowling feared the most 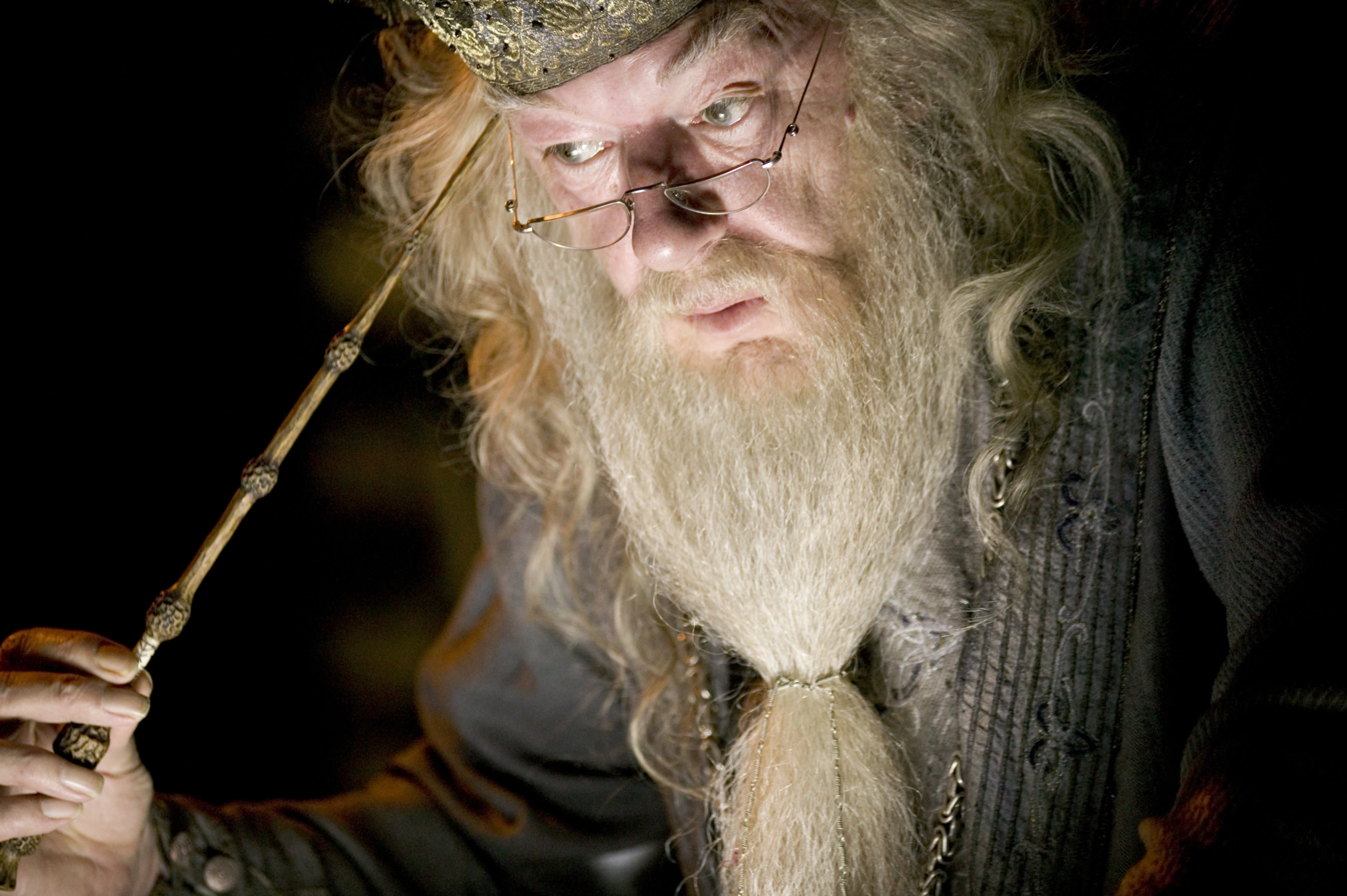 Bet you would’ve never guessed this one! The question Rowling feared most from fans before completing the book series was “What is Dumbledore’s wand made of?”. Bit of a weird one at first thought, right? Well, if you think about it knowing what Dumbledore’s wand was made of (which was never mentioned before Deathly Hollows) would’ve been a dead giveaway of one of the major plot points in the conclusion of the story. Mainly Beedle The Bards’ “The Tale Of The Three Brothers” and the Deathly Hallows.

As we now know, Dumbledore’s wand was made of elder (associated in folklore with death) and was none other than the Elder Wand, one of the three Deathly Hallows. If Rowling would’ve been asked this question and answered it truthfully, it would have given away a big plot twist that helped Harry win the battle with Voldemort when the trio discussed The Tale of The Three Brothers. "That would have been quite a telling question," Rowling told TIME about Dumbledore's wand. "Because I had this elder thing in my mind, cause elder has this association in folklore, it's the dead tree. I thought 'What am I going to say?'"

Very lucky that nobody thought of asking this question! 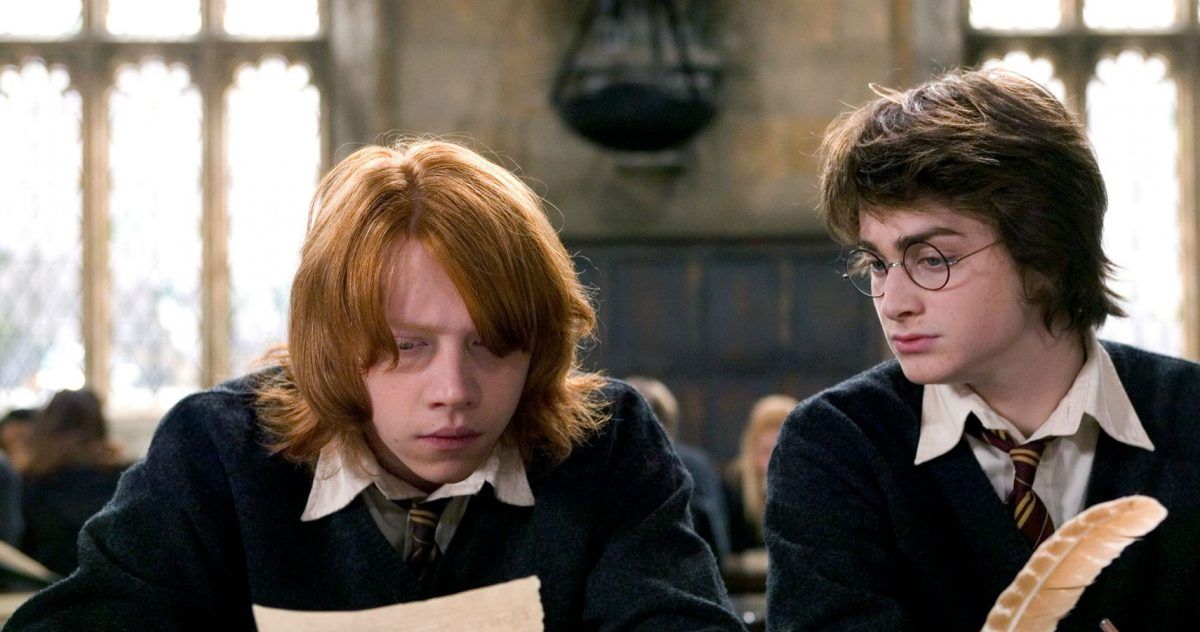 After Voldemort was killed and the Death Eaters were sent to Azkaban, neither Harry nor Ron wanted to complete their education at Hogwarts. Only Hermione, as you might expect, successfully passed all the exams and took part in the graduation ceremony.

Despite this fact, they all managed to get jobs at the Ministry of Magic. Harry and Ron became Aurors (the magical equivalent of policemen), and Hermione found employment in the Department of Magical Law Enforcement (DMLE). If we take into account the plot of Harry Potter and the Cursed Child, we also know that she becomes the elected Minister for Magic and Harry is the Head Auror at the time. The theory (or could it be an educated guess?) that Harry, Snape, and Voldemort are the modern representation of the siblings from The Tale of the Three Brothers is intriguing and seems to be pretty well accepted by the Harry Potter fandom. It is known that Harry is a descendant of Ignotus Peverell (The brother that received the Invisibility Cloak), and Voldemort is descended from Cadmus Peverell (The brother that received the Resurrection Stone). So it’s not too far-fetched to think that Snape could also be a descendant of one of the brothers.

Taking into consideration the fact that Voldemort died for power, Snape died for lost love (“Always.” always - hah! - gets us to tear up), and Harry greeted death like an old friend gives the theory the extra weight it needs to gain legitimacy.

There are many fans who argue the theory's claims, and others who are convinced that perhaps Dumbledore is a part of the modern three brothers (but there will be more on that later).

Like the three brothers of old, Harry, Snape, and Voldemort each chose vastly different paths in life but were all eventually either taken or welcomed by death.

We did say we’d talk about this one soon, didn’t we?

Dumbledore being the personification of Death was foreshadowed earlier when talking about the modern-day Tale of the Three Brothers, using Harry, Voldemort, and Snape. This theory also originated on Tumblr, and it took the Potter community by storm when it was first thought up.

Here’s the gist of this theory, we’ll link to more detailed descriptions if you want to learn more. First of all, Dumbledore, like Death, is the one to give the Invisibility Cloak to Harry in the first book. Dumbledore is also the one to give the Resurrection Stone to Harry by hiding it in the Golden Snitch. Dumbledore also indirectly delivers the Elder Wand to Harry when Harry defeats Draco Malfoy in a duel. Dumbledore also greets Harry as an old friend (similar to Ignotus Peverell and Death) in the white King’s Cross inspired limbo after he gets hit with Avada Kedavra in the forest. The final evidence that Dumbledore is Death is that he is either behind or involved in both the death of Snape and Voldemort.

The only ancillary evidence that would give this theory more credence would be if Snape and Voldemort greeted Dumbledore at the end of their lives too. This seems to make the most sense in the context of the Three Brothers theory we talked to just before.

Even though J.K. Rowling never confirmed this theory to be canon she did say on Twitter that Dumbledore as Death is her favourite fan theory! Guess it’s as good as canon now, right?! You can read more about this theory here. 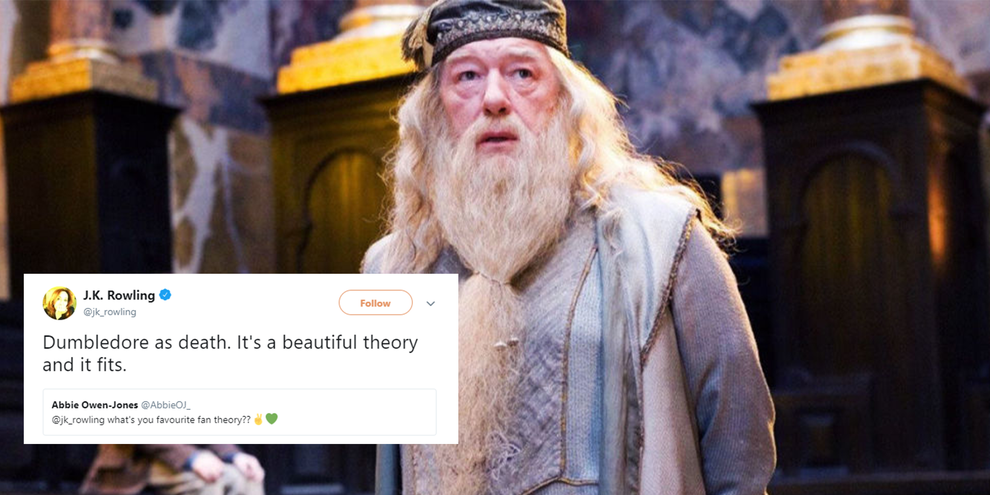 6. Hermione got her parents back 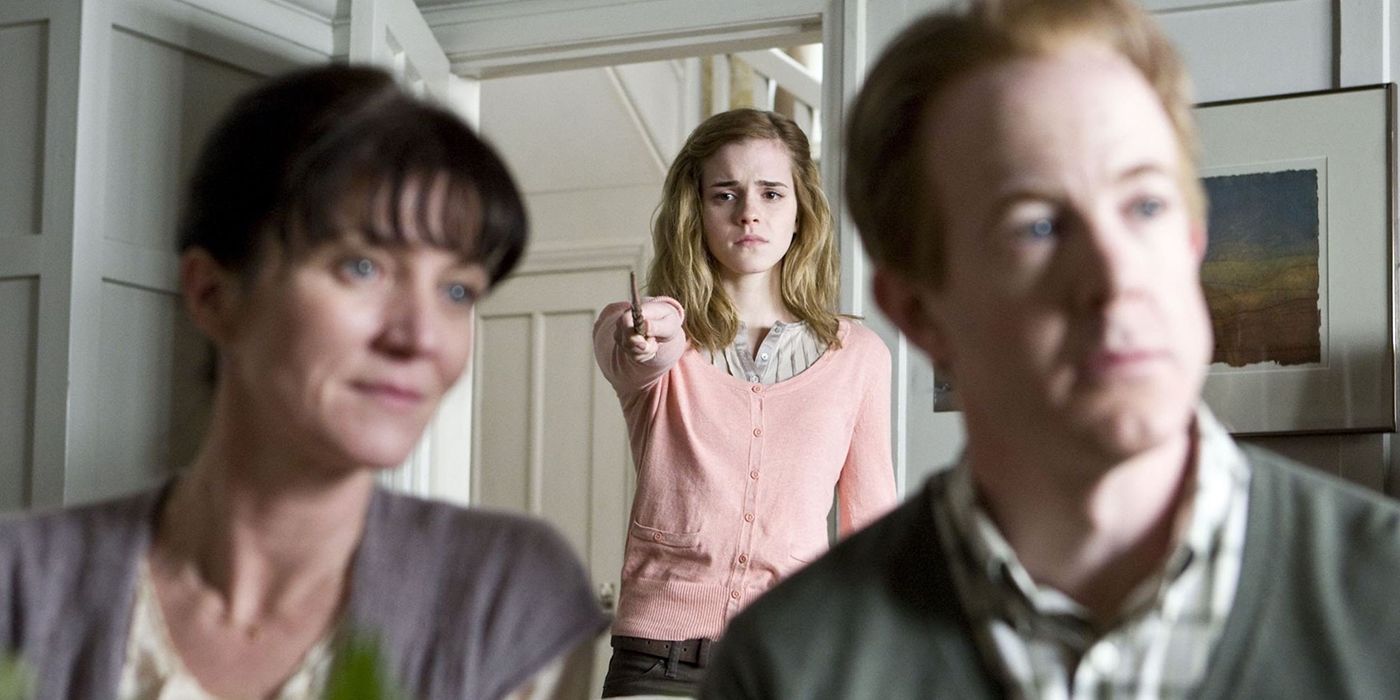 We always wondered what happened to Hermione’s parents, who were obliviated at the beginning of Deathly Hallows. We all thought she lost her parents for good after she obliviated them and ran away to join the Horcrux Hunt. Obviously, we’re all ignorant muggles (still waiting for that Hogwarts letter!). According to Rowling, she brought them home right after the war with the Death Eaters ended with their memories intact.

7. Harry and Voldemort are related

Don’t think we’ve heard of a more awkward family dinner! But hey, at least Harry has a family! We guess…

8. J.K. Rowling had a draft of the last chapter of the Harry Potter series while she was writing the first book

The moment when Hagrid comes out of the Forbidden Forest holding a "dead" Harry in his hands, the Battle of Hogwarts, and how Harry faced his death surrounded by his parents' ghosts – J.K. Rowling had it all in mind from the start. Hagrid brought Harry to the magical world, and he was holding him when everyone thought Harry was dead. That's why the author kept the groundskeeper alive until the end.