Venom 2: Let There Be Carnage’s trailer is here and it seems to be filled with Marvel references and, well, symbiotes.

The long-awaited trailer for the sequel to 2018’s Venom starring Tom Hardy finally arrived and OH MY GOD does it look good!

If you haven’t watched it yet, have a look below before we dive into what’s going on!

It seems Venom has acclimatised to Earth in the period of time between the movies. He’s learned how to cook (as questionable as his cooking skills are at least) and picked up a bit of Chinese. He also seems to be really chipper and happy-go-lucky which is a weird change. 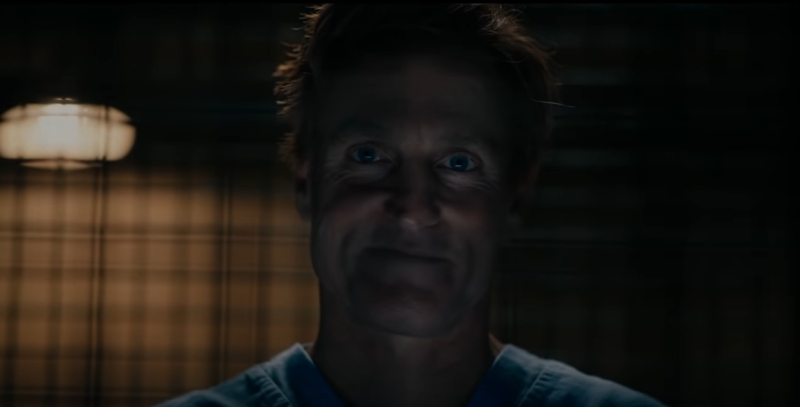 Continuing from where the last movie left off, Cletus Kasady is locked up and will only confide in Eddie Brock. While we’re left wondering how we get from point A to point B with Cletus becoming a symbiote host, we at least dive straight into the big hero/villain cliché about how similar they are.

Of course, Kasady’s not all there either. As the trailer shows, Cletus’ madness is reflected through the strange, intricate drawings lining the walls of his cell. Those drawings may or may not have a special significance to the plot (we bet good money that they’re a big part of the plot though), but they definitely offer insight into the terrifying mind of Cletus Kasady. 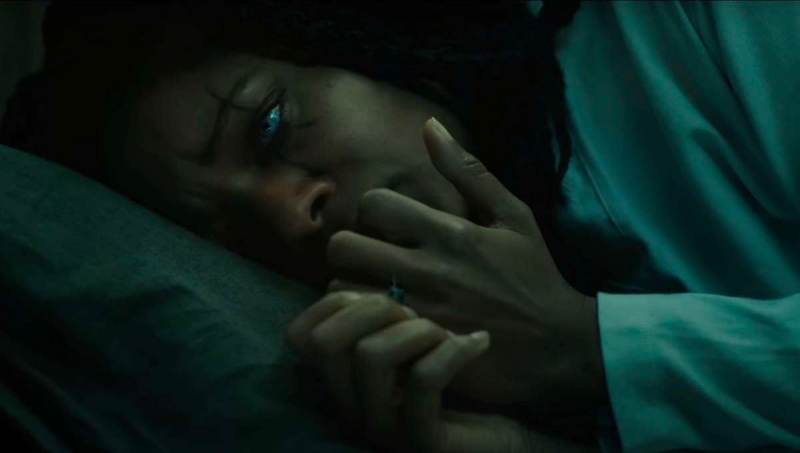 Naomie Harris is shown as an inmate at Ravencroft, an asylum regularly used in Marvel Comics. She appears to be portraying Frances Barrison, otherwise known as Shriek.

Introduced in the Maximum Carnage story, Shriek was created to be a love interest for Carnage. The Mallory to his Mickey, if you will. In the comics, she’s a mutant with powers allowing her to fly, shoot sonic blasts, and darken people’s personalities. We’re yet to see if and how her character will differ in the movie.

The abusive couple have teamed up various times, most notably in Maximum Carnage where they were joined by the Spider Doppelganger, Demogoblin, and Carrion. The former (a six-armed monster version of Spider-Man) is the only one of the three with any real staying power, usually being treated by Shriek as either her child or her dog.

Is Venom gonna be in the MCU?! 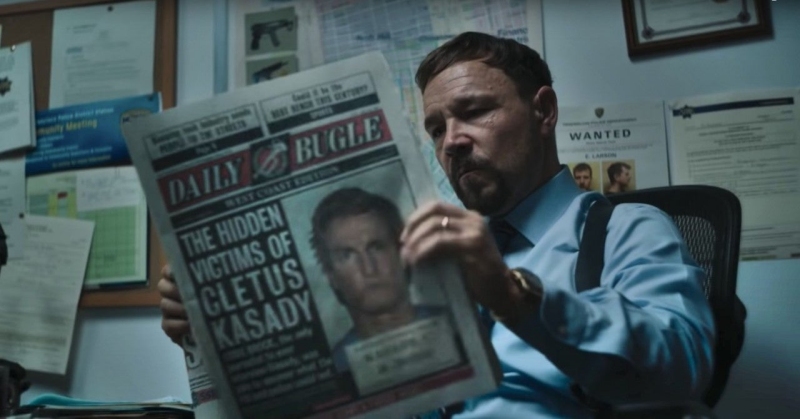 There’s a shot showing Detective Mulligan reading “The Daily Bugle” which even though was not displayed as a newspaper in the MCU at the end of Spider-Man: Far From Home but depicted as a “controversial news website,” an InfoWars-Esque, conspiracy-coveting website brandishing an old-fashioned .net domain, centred on the video rantings of a new, flattop-deprived version of Jameson, played by his portrayer in director Sam Raimi Spider-Man Trilogy, J.K. Simmons.

There is an interesting wrinkle in this, though. When Mulligan angrily crushes the newspaper, there’s a very, very brief look at a headline from inside the paper. The two words visible seem to say “AVENGERS” and “NIGHTMARE.” Possibly “AVENGERS LEVEL NIGHTMARE.”

This could be nothing more than an Easter egg, but considering Morbius is supposed to take place in the MCU due to Vulture showing up in the trailer and Morbius is apparently part of the “Venomverse,” we can just say that the Venom movies aren’t part of the MCU…until they are.

Discover the Popgear range of official Marvel merchandise for kids and adults here.

Discover the Popgear range of official Marvel merchandise for kids and adults here.