Loki Trailer Breakdown: What Can We Expect?

On April 5th 2021, Disney and Marvel surprised us with the new and latest trailer for Loki - and what a pleasant surprise it was.

While the trailer does a great job of amping up the excitement over the upcoming release of Marvel’s Loki on Disney+ on June 11th, the focus is clearly on suspense rather than the story.

So what happens in the trailer? What can we figure out about the upcoming adventures of our favourite Mischief Maker?

We break down all the important details and explain what they could mean.

The trailer opens with a wall with randomly placed tiles and a sound of an elevator opening. We see an opening portal from which Loki comes out with an agent of the TVA (Time Variance Authority) and the Tesseract into the TVA lobby. This probably takes part at the beginning of the series after Loki is captured by the TVA.

That’s where the first interesting Easter Egg appears. Standing next to the receptionist you can see a Skrull (you might remember them from Captain Marvel, Spider-Man or WandaVision). What is a Skrull doing in the TVA? Can it have something to do with Phase 4’s storyline? We certainly hope so! 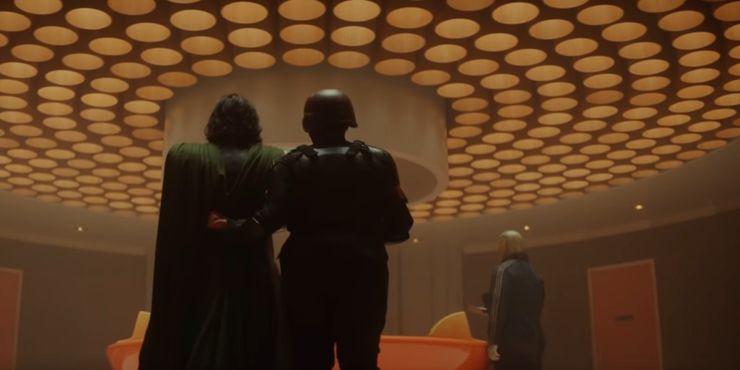 A scene follows in the 'Archives Center' of the TVA and in the centre, we have three huge statues of the 'Time-Keepers'. In Marvel Comics these are the beings created by the last director of the TVA, He Who Remains; Loki noticing the names of the statues recognises them, and it is perfectly clear that he knows where he is. In the same scene, behind Loki, you can see a poster of what will probably be the TVA mascot or 'Miss Minutes'.

After a beautiful speech between Mobius M. Mobius (a TVA manager played by Owen Wilson) and Loki, the latter falls into this 'tunnel' and ends up in an office set up in an elevator and we also see a cat, which is probably a Flerken (like Captain Marvel's cat, Goose!) The guy sitting behind the desk gives Loki a long-form to sign which contains all the words spoken in his life.

There is an explanation from the character of Owen Wilson on how the TVA works in which he lets Loki know that after taking the Tesseract he broke reality (an incredible feat even for the God of Mischief). We are shown several shots of what we can assume is a sort of time-stream monitoring control centre before Mobius tells Loki he’ll have to help the TVA fix reality.

So Mobius M. Mobius and Loki leave for their first mission together and the latter asks if he could at least have a weapon, but Mobius M. Mobius denies him that. In the first trailer it seemed that they had travelled in the Middle Ages, instead in this new trailer we discovered that they are simply in a Medieval fair. 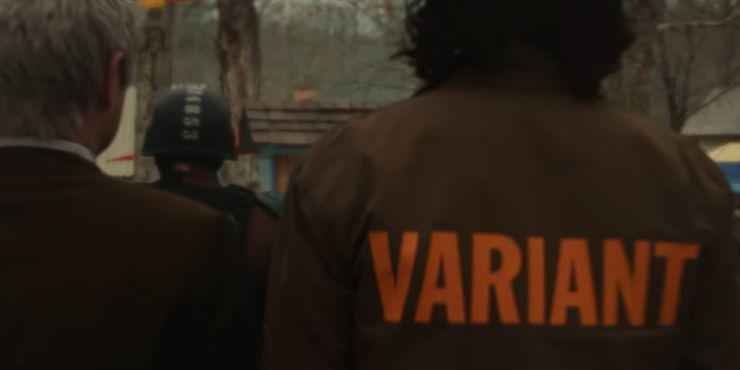 Marvel introduces a new technical term into the MCU in the Loki trailer; because this version of Loki originates from a branched timeline, he is described as a "variant." The term is a simple one, and it effectively differentiates alternate reality doppelgangers from their main-timeline counterparts; that means the version of Thanos who attacked the Avengers at the climax of Avengers: Endgame was technically a variant, as he originated from a branched timeline created when the Avengers travelled back to 2014; the Gamora left in 2023 at the end of the film is also a variant. The term is an amusing one, familiar to comic book fans, where "variants" are copies of the same issue with different covers. The MCU has essentially inverted the idea because these temporal variants look the same but take different character journeys.

The Loki trailer suggests the time-travelling shenanigans will see Loki visit a wide range of times and locations, including alien worlds; the lighting in some shots even corresponds to Vormir, where the Soul Stone was found in Avengers: Infinity War, but it's difficult to say for sure. One of the most interesting shots, though, sees Loki visit what is clearly a devastated New York. Note the ruins of Avengers Tower in the distance. It's impossible to say how this particular branch was created, but it looks as though Loki will definitely explore world-ending scenarios that the Trickster God must prevent. 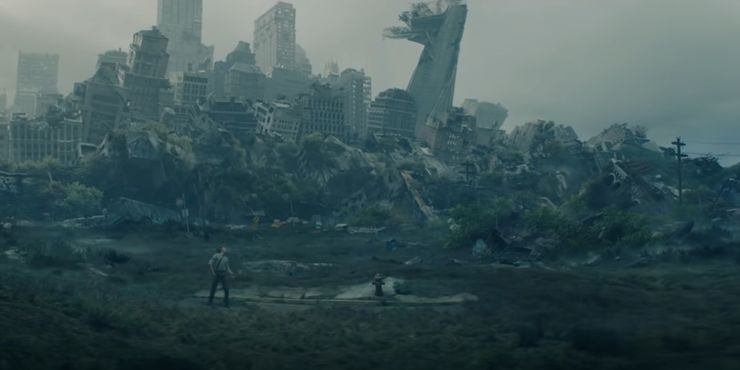 Later we see Loki talking, sitting on a rock with the backdrop of a purple moon crashing over the planet, with a woman that looks a lot like our dear Black Widow, but that can be just Lady Loki, also because, if you have a keen eye, you may have noticed that she has a sword case on her left side.

In the scene just before the end of the trailer, we can see Loki running, holding daggers, towards a hooded figure who is fighting against TVA agents, probably the villain of the series. Could it be another Loki variant? It wouldn't be very strange since we know that in this series some will certainly appear: Kid Loki, Lady Loki (which some fans believe to be Natasha Romanoff) and an older version of Loki, tribute to his version of the comics.

And finally, as the cherry on top, if you notice and stop some scenes of the trailer in time, you will notice that Loki is illuminated with the various colours of the 'Infinity Stones’.

We don’t get many answers from the newest Loki trailer but one thing is certain, it makes Loki seems definitely worth the watch.

If you're a fan of Marvel and Loki, then you'll definitely want to stock up with some official merchandise! Discover our range here.